Congress Center Garmisch-Partenkirchen
Europe/Berlin timezone
The proceedings of the 7th Fermi Symposium are available at https://pos.sissa.it/312/

As part of the conference (fee) we offer three organized tours for the free Wednesday afternoon. Alternatively, we provide suggestions if you prefer to spend the time on your own.

The Conference Dinner will take place on Wednesday afternoon, in the Bayernhalle (details below).

Note that all of the offered options come with a maximum number of possible participants which is smaller than the expected total number of participants for the conference - so first come, first serve! Thus, you need to register for one of these tours during the registration process.

On their return trip, the busses may stop at the Bayernhalle, the place of the conference dinner. Please, let us know if you want to use this option, and avoid the 15 min walk from your hotel to the Bayernhalle (see below).

Details on the above options

The address of the restaurant Bayernhalle is

Its a 13 min walk from the Conference Center (see map below; courtesy of Google). 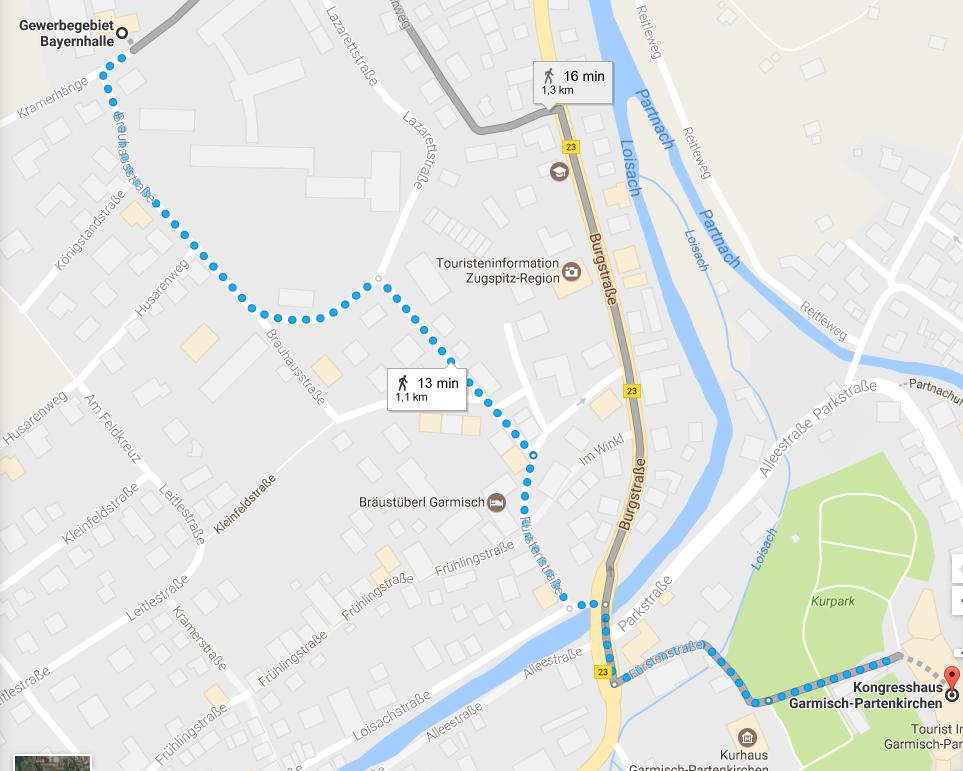